Create the page "Rap" on this wiki! See also the search results found. 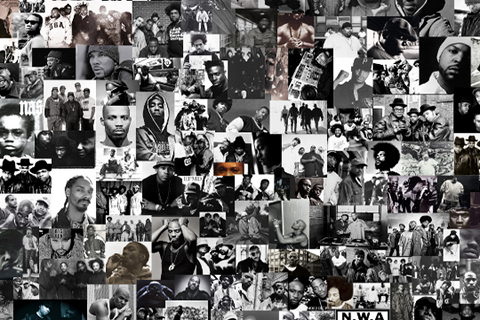 Rapping (also known as emceeing, MCing, spitting, or just rhyming) is the rhythmic spoken delivery of rhymes and wordplay, one of the elements of hip hop music and culture. At this wiki, learn about all your favorite rappers and MCs.